The New Role of Nurses: Guardian Angels on Campus, China 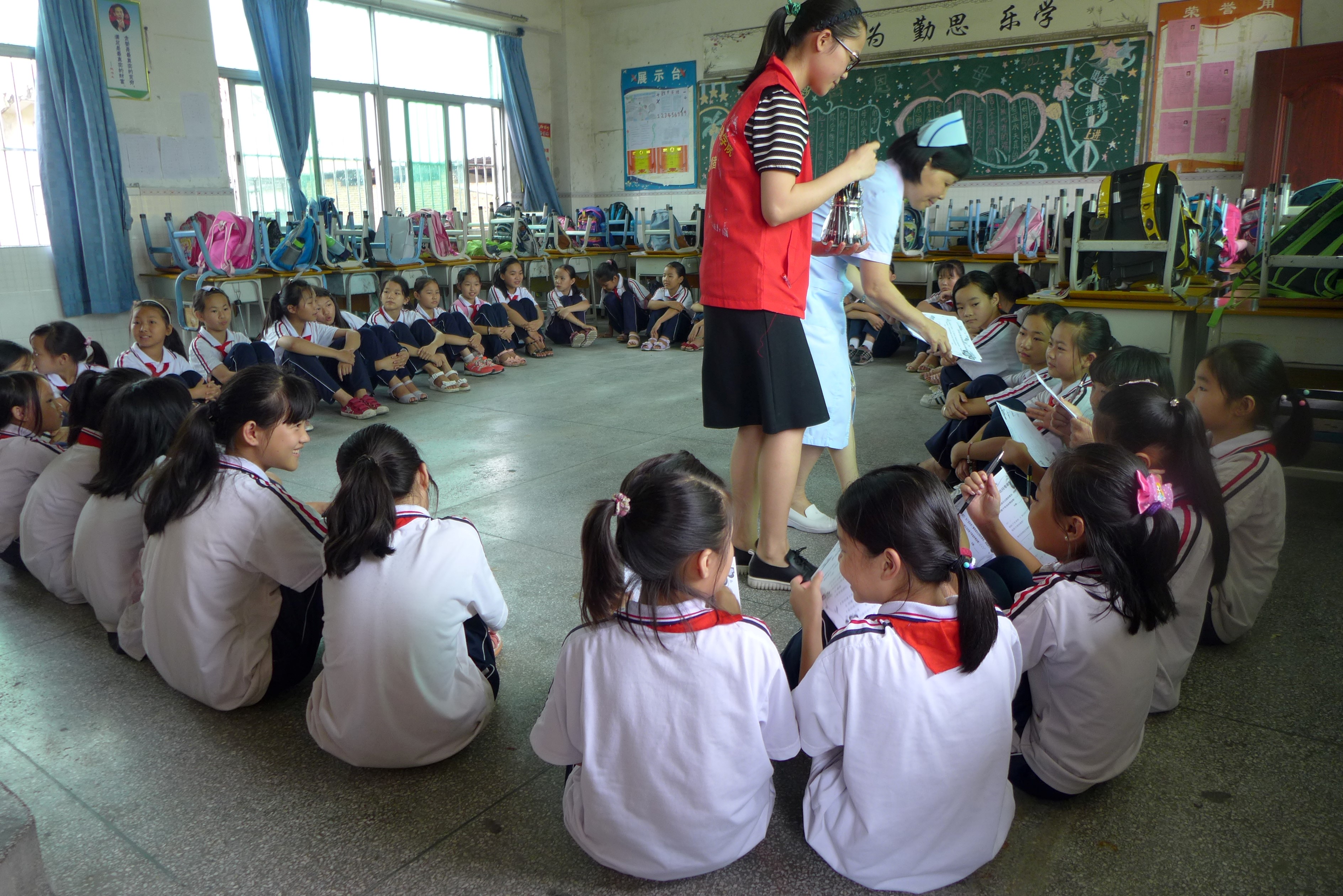 In rural areas of China, pre-pubertal girls have insufficient knowledge about their own physiological health and the changes that take place in puberty, and lack awareness of self-defense.

A survey of 20 primary schools in Dongguan Province revealed that only 20% of girls in grades four and five were sufficiently aware of adolescent health and how to combat sexual harassment and assault.

The Dongguan Nurse Association received funding from the Chinese government and the Dongguan Social Organization Development Special Fund for a project to provide physiological knowledge to school-age girls in the province and improve their awareness of self-defense.

In response the nurses developed a new social role in the ‘Guardian Angels on Campus’ project, which was designed to educate the children and raise their awareness of sexual assault and its prevention.

The project team consists of about 50 nurses and teachers. The nurses are members of the Dongguan Nurse Association educators who work at the medical university and local hospitals.

The purpose of the project was to provide interventional education for the 10 to 13 year old girls. It has three objectives:

The teaching focuses on the physical changes of adolescence, self-protection, and the prevention of harassment and sexual assault. The methods used include games, the use of illustrations, physical demonstrations and the use of scenarios.

The participants, 4,745 girls aged between 10 and 13 in 20 primary schools in Dongguan, were asked to provide feedback about the project to help us ascertain the effects of the intervention.

The project achieved very good results with 95% of the children who took part in it having an accurate understanding of their own body. They also have less anxiety and fear after puberty than children of the same age.

Children who benefitted from the project can accurately identify sexual harassment and know how to protect themselves from sexual assault with simple self-defence techniques.

A telephone hotline has been set up for the children in Dongguan City to help prevent and combat sexual assault.

The Guardian Angels into Campus project demonstrates the social responsibility of nurses and how their expertise can provide guidance in the community, and form an important communication bridge between healthcare services and schools.