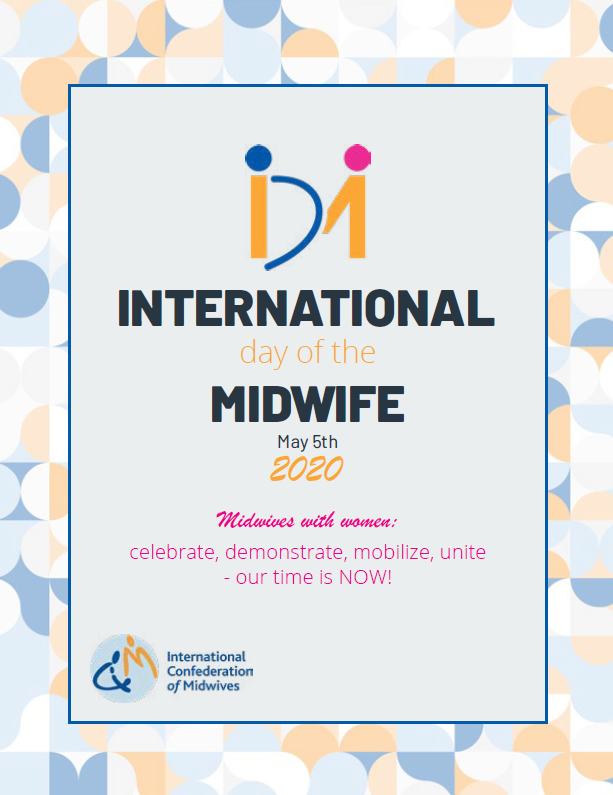 On the International Day of the Midwife, 5 May, we celebrate the work of our sister profession, midwifery, with this case study from Hong Kong.

Midwife-led care has a considerable number of benefits including fewer epidural anesthesia, episiotomies or instrumental births. Women experience a higher rate of vaginal birth while the risk of preterm birth or adverse outcome is also reduced (Sandall, Soltani, Gates, Shennan and Devane, 2016).

Since 2017, the Department of Obstetrics and Gynaecology, Prince of Wales Hospital in Hong Kong, has adopted a midwife-led continuity model of care where low risk cases are cared for by the same team of midwives, known as the Continuity of Midwifery Care (CMC) team, throughout pregnancy, birth and postnatal period. The benefits of continuity of care are not simply limited to the outcome of labour, but also include psychological reassurance for women, especially experiencing unexpected and abnormal labour processes.

Mrs A was a para 0 lady, who enjoyed good past health, attended the unit for antenatal checkup. Her antenatal blood results were normal; first trimester Down’s Syndrome screening and morphology scan were unremarkable. In view of these normal findings, Mrs A was put under the care of the CMC team with the same team of midwives providing continuous care throughout subsequent antenatal visits, antepartum, intrapartum, and postnatal periods. A good rapport was built up between Mrs A and the CMC team. She showed trust in the team during the antenatal visits and was looking forward to a natural, normal vaginal birth without the use of pharmacological pain relief or other birth interventions which she believed could be harmful to her baby and breastfeeding.

At 39 weeks of gestation, Mrs A was admitted to the unit for spontaneous ruptured of membrane. However, thin meconium-stained liquor (MSL) was noted and an obstetrician was consulted. An induction of labour was offered to her in view of MSL. She was under close support and monitoring by the CMC midwives, with her husband at the bedside, and different kinds of non-pharmacological pain relief methods were provided. Though thin MSL still persisted, both the cardiotocograph and progress of labour were normal and satisfactory.

Unfortunately, when the cervix was fully dilated, the fetal heart rate suddenly dropped dramatically and moderate MSL was noted which could indicate fetal compromise. The obstetrician was immediately consulted and Vacuum Extraction was advised. As the condition of the fetus was now unstable, it was not suitable for Mrs A’s husband to stay at the bedside and he was asked to leave. A baby girl was finally delivered after an uneasy delivery. The paediatrician was on standby at delivery to resuscitate the baby and found she had suffered from right clavicular fracture and suspected subarachnoid haemorrhage. The baby was sent to the neonatal unit for further management. This sudden and unexpected outcome was understandably upsetting for Mrs A. The CMC team midwife stayed with her at the bedside and held her hand to show support and provide consolation.

The next day, the CMC team midwife visited a much calmer Mrs A in the postnatal ward. In addition to physical examination, the midwife performed a debriefing with Mrs A to evaluate the labour experience and explore her feelings. Mrs A revealed that the unexpected birth outcome had brought feelings of failure and guilt. She was encouraged to express her feelings, and the midwife listened to her actively and provided reassurance. Despite the suboptimal birth experience, Mrs A appreciated the continuous support of the CMC team throughout the pregnancy and birth. As she was cared by midwives that she already knew, she had increased trust in their care and she strongly believed that all the doctors and midwives had tried their best to safeguard her and her baby. With the debriefing carried out after birth, she felt more psychologically relieved as this provided her a means of ventilation and clarification. Furthermore, she was happy that the paediatrician reassured her that there was no subarachnoid haemorrhage detected in her baby after thorough examinations, and the prognosis of the fracture was positive.

Most studies stated greater satisfaction with various aspects of care in midwife-led continuity care compared with other models of care. It was also discovered that adverse outcomes associated with midwife-care were reduced (Ten Hoope-Bender et al., 2014). Since there is always a small chance of women suffering from unsatisfying birth outcomes, the CMC team provide psychological care. The midwife-led continuity care model could help building up trust and companionship between midwives and clients, which is essential not only for physical well-being of the mother and baby, but more importantly for promoting psychological comfort especially during difficult times for the mothers.

Resources available from the International Confederation of Midwives: