Disaster relief after an earthquake: Haiti 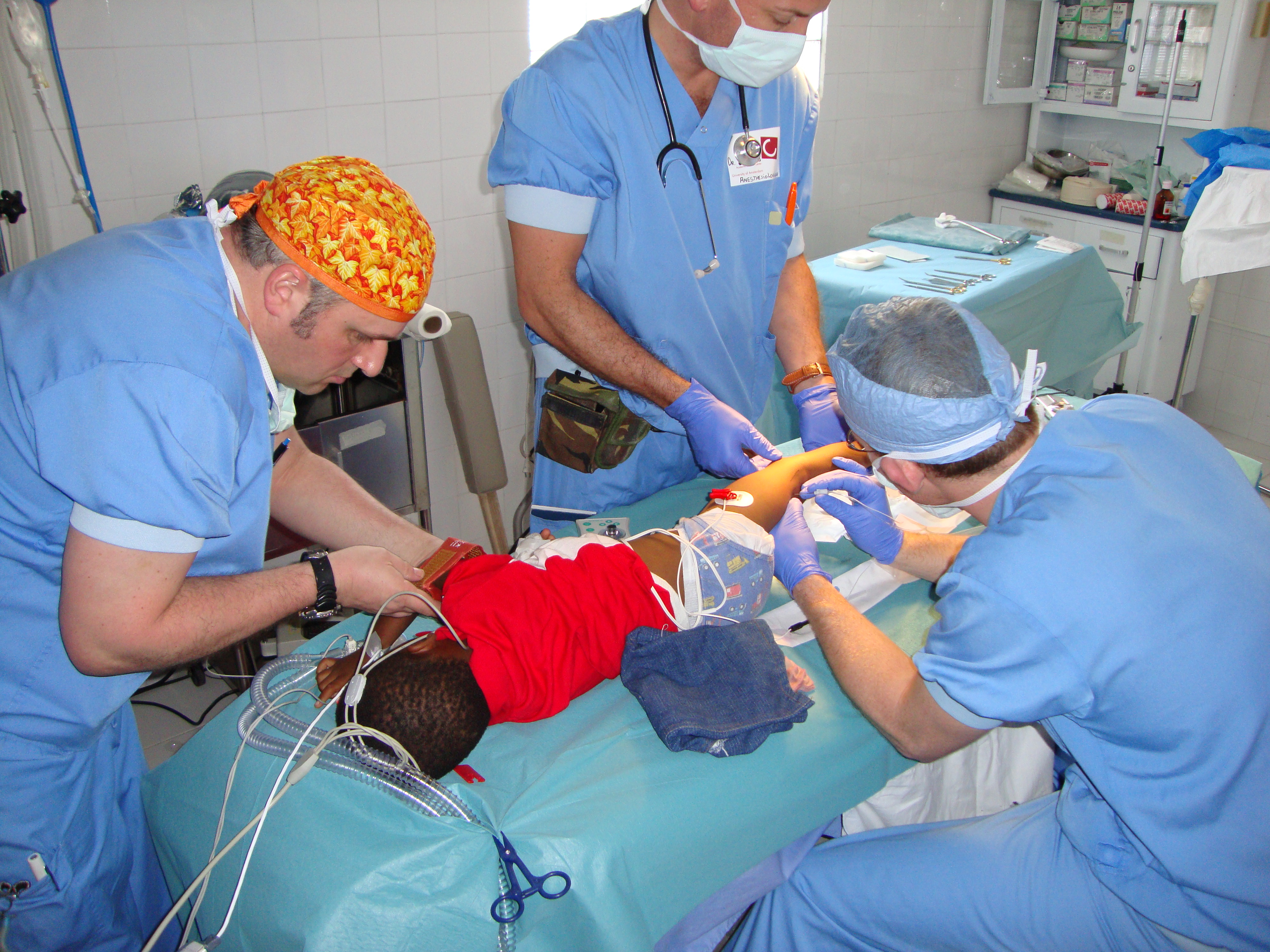 I am a Dutch certified registered nursing anaesthetist (CRNA), qualified in anesthesiology, trauma care and deep propofol sedation. In my career there have been many moments and patients that have touched me, but one particular experience was very special.

In 2010 there was a large earthquake in Haïti. The whole world sent aid in various ways, including medical and logistic personal, military aid, logistic aid, food and money. Our anesthesiology department was asked if we could provide a medical humanitarian team to fly in and organise medical aid. Our management asked for volunteers and I signed up and was chosen to go with the first group.

It took us some time to get things organised before we could leave. Setting up the team, briefing them and organising equipment took about a week, and then we flew to Port-au-Prince, the capital of Haïti.

One of our resident trauma surgeons had arrived a few days before us and found a place where we could set up ‘base camp’, a little old hospital that had been abandoned but was perfect for us. We organised a pre-assesment tent, two operating theatres, a recovery room, storage for our equipment, a room for small interventions and, of course, a coffee room. Ready to go within 36 hours, the ‘Notre Dame de Lourdes Hospital’ could start receiving patients.

It took the people of Haïti some time to come to us. Right after the earthquake a lot of patients had undergone life-saving amputations, which meant people were afraid to go to hospital because of the chance they might lose an arm or leg. Once they realised that amputations were not undertaken unless absolutely necessary, there was a constant flow of patients. Fortunately, the people who lived around the hospital offered help in various ways. They provided security, administration, cooked and helped to clean. Haitians are very resilient and we were full of admiration for them.

We helped many people but I remember one patient vividly: a 15 year-old girl who had been in a collapsed house and whose leg had been crushed underneath in the ruins. Her father had been to a few medical teams asking for help but they all of them wanted to amputate.

As I spoke French, one of our trauma surgeons who saw the patient called me in to translate. The father begged us on his knees to try to save his daughter’s leg. It was an almost impossible task. Finally, after careful consideration we decided to give it a try. We would place an external fixator on the leg and keep the girl with us in the hospital to see if things would turn out well. It was a long shot, but technically the operation was a success. The question was how things would evolve. When the girl was in recovery, I talked to her father and explained to him that it had been difficult, but we had succeeded. We couldn’t predict how things would turn out with the leg and there was only a very, very small possibility that everything would work out well for his daughter. Maybe there would still have to be an amputation, we couldn’t say at that moment. If she recovered well, she would definitely have to walk with a stick.

The man looked at us and smiled and started to cry. He kissed the surgeon’s and my hands and said: ‘Que Dieu vous bénisse’, may God bless you.

After seven days, things seemed to have been going well, and the man took his daughter to what was left of their ruined home. I don’t know how things turned out, but I suspect that eventually she would have lost her leg. But I can still see and feel how the father took our hands and thanked us.

The humanitarian mission in Haïti is one of the experiences I cherish the most in my career. We did some good work over there and helped people. The Haitian people touched our lives. ‘Que Dieu vous bénisse’, may God bless you, Haïti. 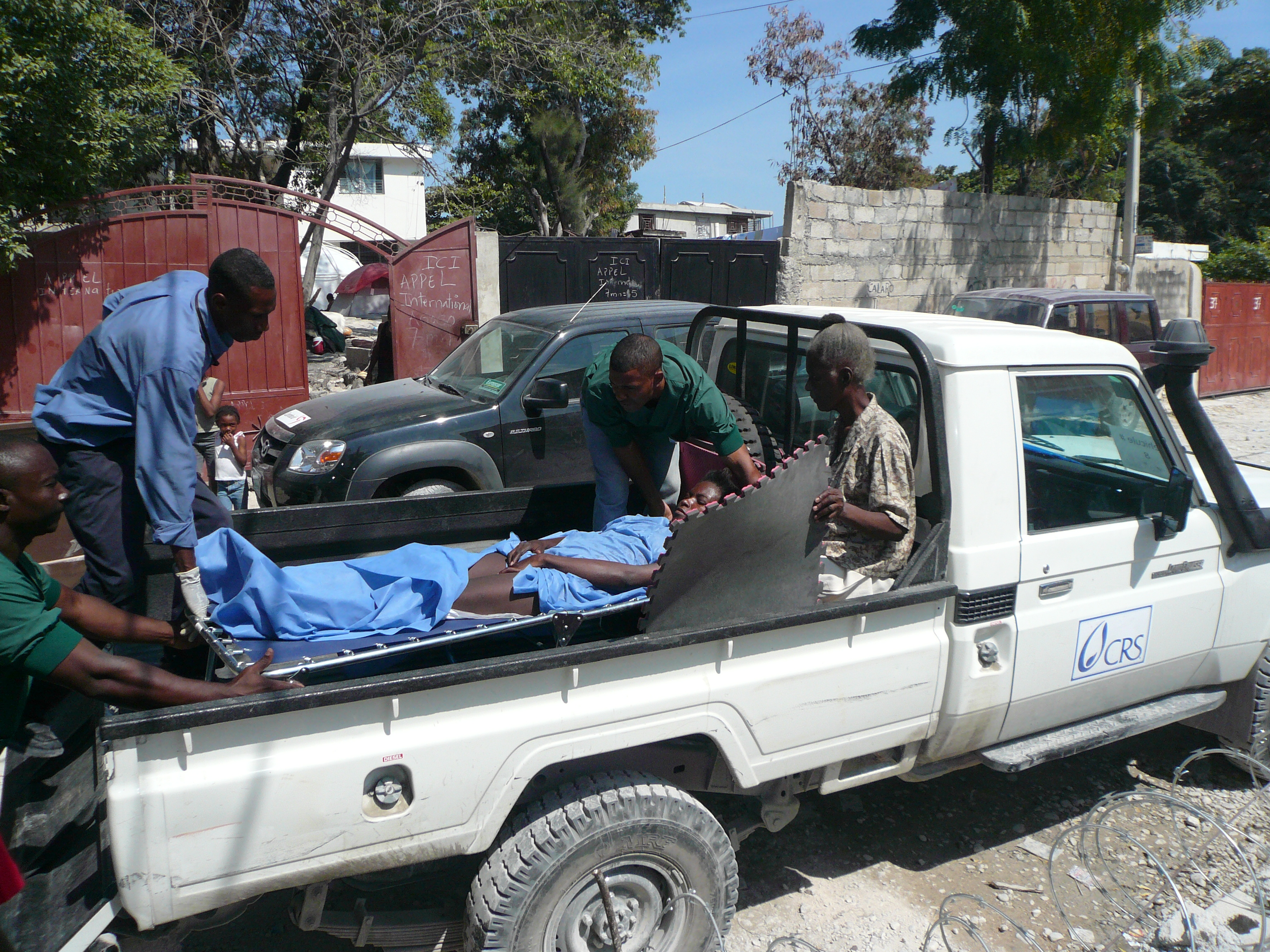