The WHO Independent High-Level Commission on Non-Communicable Diseases latest report highlights the vital role of nurses in the provision of NCD and mental health services in primary care, and says they will need to be empowered to take on new roles and responsibilities through ‘enabling legislation, effective policies, accessible, affordable and high-quality education, commitment from employers, supportive funding models, leadership and the collection and analysis of data and information’.

The World Health Organization (WHO) Independent High-level Commission on Non-communicable Diseases (NCDs) was formed in 2017 to help meet the Sustainable Development Goals by 2030.

ICN President Annette Kennedy was the only member of the nursing community on the Commission, making sure the voice of nursing was heard in its meetings and visible in the Commission’s second and final report.

That report, entitled It’s time to walk the talk, was launched on Tuesday in Muscat, Oman at the WHO Global Meeting to Accelerate Progress on NCDs and Mental Health which brought together more than 600 participants from governments, UN agencies, civil society, private sector, philanthropies, and academia. The report, which reveals governments are lagging behind in their commitments to implement agreed strategies to tackle the world’s biggest killer diseases, describes a series of possible solutions that could help WHO in promoting and monitoring global action against NCDs, including:

It says the human toll of NCDs is unacceptable, with conditions such as cardiovascular diseases, cancer, diabetes, chronic respiratory diseases and mental health disorders being the leading cause of deaths worldwide. NCDs and mental health problems disproportionately affect low- and lower-middle-income countries, and in all countries the poorest and most vulnerable are the most at risk, and the least likely to have access to treatment.

And yet there are some promising signs of improved health outcomes for NCDs, with reductions in tobacco smoking, heavy episodic drinking and high blood pressure since 2011.

The report says these positive signs indicate that the WHO Sustainable Development Goal (3.4) of reducing deaths from NCDs by one third by 2030 is achievable. Heads of State and Government committed in 2018 to putting their countries on a sustainable path towards that goal, but the report says many are not fulfilling those commitments.

ICN President Annette Kennedy, who is attending the meeting of WHO and its partners in Oman to discuss progress towards SDG goal 3.4, said:

“Non-communicable diseases are the biggest killers on the planet, yet they are all amenable or even preventable if people make appropriate lifestyle changes. Nurses have a key role to play in helping people to adjust the way they live so that they can enjoy long, happy and healthy lives.

‘But they will be hampered by the worldwide shortage of nurses, which is a severe barrier to achieving the successes they could working alongside patients to prevent illness and promote optimum health.

‘ICN is calling on governments to live up to their promises and invest in the nursing workforce because they are the cornerstone of all patient focused health care systems.” 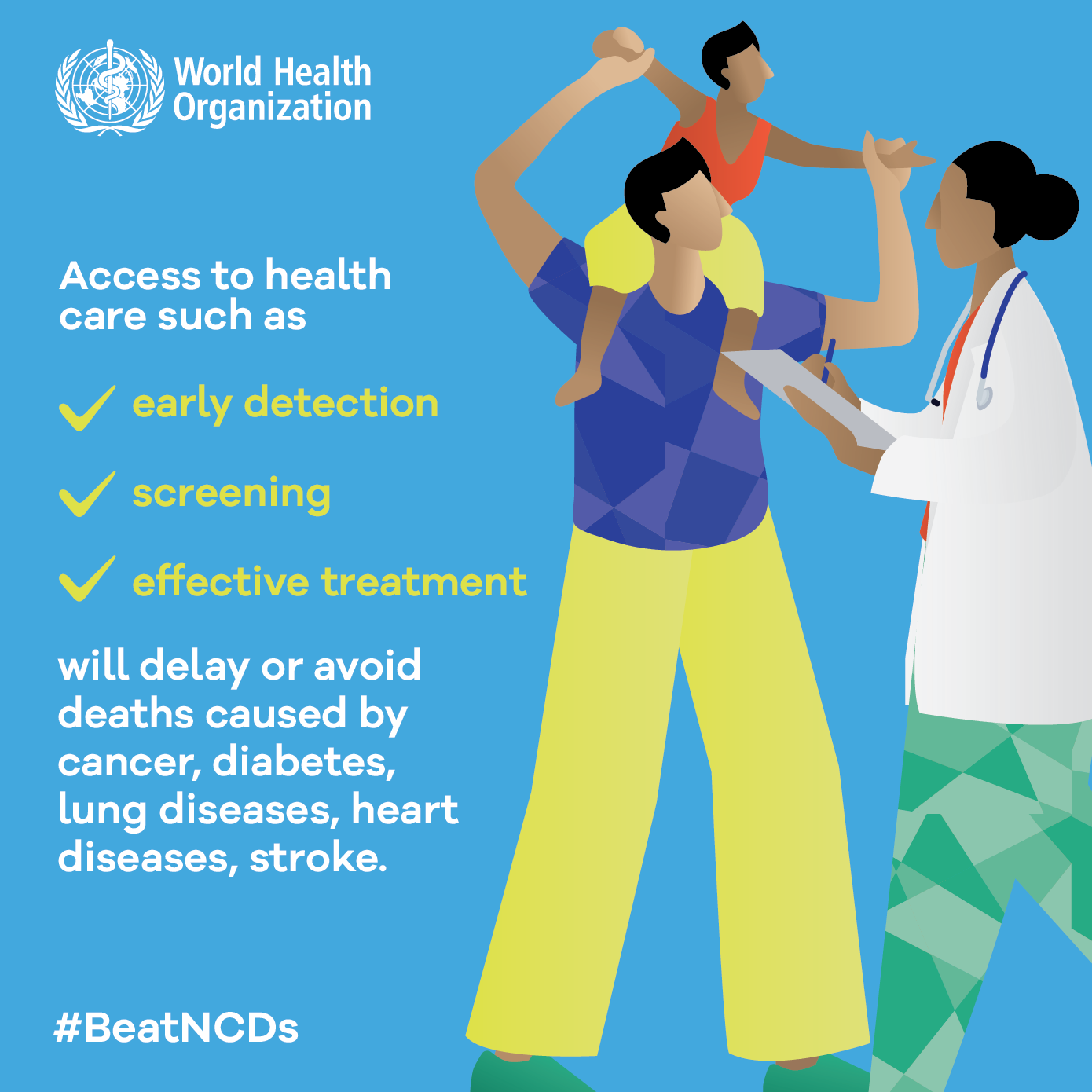