While most nurses prefer to avoid the limelight, the ICN TB/MDR-TB project wants to recognise the work of some outstanding TB nurses who are role models and leaders in their field.

The ICN TB/MDR-TB Leading Lights initiative aims to showcase the work of exceptional nurses trained by the ICN TB/MDR-TB project who are making an outstanding contribution to TB prevention, care and management in their local facility and/or community.

The Leading Lights Award highlights the contribution of those involved with caring for people affected by any form of TB and shows the world what an impact effective training and resources can have on this global disease.

ICN invites all the ICN TB project partners to nominate nurses and allied health workers who have demonstrated excellence in their efforts to teach their colleagues about TB, improve patient care or make changes to reduce transmission of TB. The winners will be highlighted on the ICN’s TB Project webpages, and will be presented with a certificate and a special pin by their national nurses association.

Calls for nominations will be sent quarterly and people will be able to access the form on the ICN TB web pages here.

Inspiration for this award came from exceptional nurses like these: 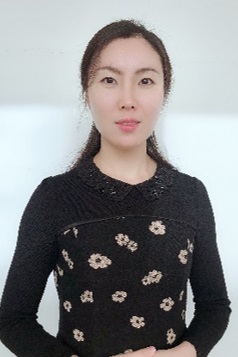 Zang Shanshan has worked in TB for 18 years. In 2015, she was trained through the ICN training project on TB/MDR-TB. After the training, she discussed the advantages and disadvantages of cotton masks versus N95 respirators with her hospital leaders. After many negotiations, the hospital agreed to provide N95 respirators for TB ward staff.

Zang Shanshan trained primary, junior and high school students, staff of a physical examination center, and caregivers of the elderly, and disseminated knowledge about tuberculosis to the community. She also trained a total of 5,160 healthcare workers and members of the community. She carried out continuous care for TB patients, developed guidance for medication and arranged follow-up appointments for patients following discharge.

To date, 1,155 patients have been followed up since she introduced the appointment and follow-up system. The rate of lost to follow-up decreased by 73.3%. Through the work of her nursing team, the number of patients who were admitted to hospital for the second time due to poor adherence to medications decreased by 72% and knowledge about TB among discharged patients increased from 32% to 93%.

Every year, Zang organises nurses in her hospital to carry out awareness campaigns on the prevention and control of TB and distribute health education materials for World TB Day. She recorded a video on TB knowledge with medical staff from her department; to date 300 patients and their families have seen the video. She also participated in the 2018 annual TB contest “Health Promotion Video Competition”.

She uses WeChat, QQ and other mobile social media apps to publicize TB prevention and control knowledge. She has reached 2,850 people by WeChat and 1,860 by QQ. Zang Shanshan was interviewed by Baoding Radio and Television Station of Baoding where she discussed TB prevention. 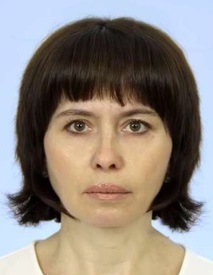 Liubov Sazanova graduated from nursing school in 1992 and started working as a TB unit nurse in a TB hospital in 1997.

In 2002, Liubov took part in a nursing session of the Union World Conference on Lung Health, “Nurses role in providing DOTS treatment” and became one of the most active nurses engaged in TB control activities in the Russian Nurses Association (RNA). Liubov played a major role in teaching other nurses on the topics of TB treatment, adherence to treatment, methods of patients and family support and teaching.

In 2003 she was appointed Chief Nurse of a prison TB hospital - one of the most highly infectious settings. Based on WHO data, the TB infection rates in prisons are 30 times higher compared with that of the general public. Working as a Chief Nurse, Liubov organised numerous trainings for staff on infection control and safety. In 2005, she got an advanced degree in teaching and nursing management which has also enhanced her activities.

In 2018, with support of ICN and RNA, Liubov took part in the “Improvement of TB control strategies in prisons for countries with high TB burden” workshop, which took place in Baku, Azerbaijan. Soon after her return, she organised a workshop for both nurses and doctors which led to the development of a road map on improving TB control activities in prison hospitals of Kemerovo region.

This road map included activities aimed at implementing new molecular methods of TB diagnostics, additional training for health workers, increased collaborative efforts on searching for those patients who stopped treatment after release from prison. Liubov is preparing a TB conference that will unite nurses and doctors working in prison TB hospitals with their colleagues working in public TB hospitals in order to improve collaboration and formulate the best approaches to care for prisoners.

Liubov is a well-known and highly recognised nurse leader in TB and often speaks at regional and national conferences and is very devoted to the END-TB goals. 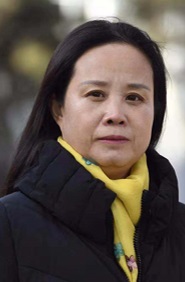 Wang Yahong has been working in a tuberculosis ward for more than 30 years. She greatly benefited from attending the ICN TB/MDR-TB TFT training course on prevention, care and control of TB and MDR-TB held in Beijing in 2009.

Following the training, she gave more attention to the prevention and the control of infection in her TB ward. She passed on the training to medical staff, trainee nurses and trainee doctors on how to correctly wear and store N95 respirators. The use of respirators increased from 30% to 99% after her teaching. Smear-positive patients and those with drug- resistant TB are asked to wear surgical masks and the rate of wearing masks has increased from 5% to 60%.

The WeChat group also reminds patients about their appointment dates. She developed more than 10 bulletin boards with TB health education information and had them installed in the ward, which facilitates better understanding of TB among TB patients and their families. Wang Yahong assisted in the recording of a TB health education public awareness video.

She organised four continuing education sessions for nurses working in the TB department and invited experts from universities, other hospitals and organisations to lecture. These sessions have improved nurses’ skills and knowledge about TB. She has also provided health education sessions in schools and in the community.

Wang Yahong is a member of the China Association for the Promotion of International Exchanges in Health Care. She has co-authored four books on TB and four manuals on TB health education. She continually strives to apply what she has learned to her clinical practice and improve patient care. Wang Yahong is working with TB nursing colleagues around the world to eradicate TB! 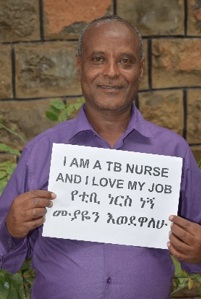 Wondessen is a staff nurse working in the TB clinic of his hospital. Following the ICN TB/MDR-TB training in 2016, he has trained 18 nurses in the OPD and trains all nurses who rotate into the OPD when staff rotations occur every six months. He trained the nurses on TB signs and symptoms, transmission, diagnosis, treatment and airborne infection control.

He works closely with the regional health office to train health extension workers. He has ensured that there is dissemination of health education materials (brochures, leaflets, etc.) on TB in the waiting area and has also worked with media to broadcast information about TB on the radio.

Wondessen goes out into the community with a megaphone and provides information on TB. He reported that he made improvements to airborne/TB infection control in his setting. He now conducts need assessments to identify the gaps in infection control practices/measures in collaboration with the regional health department.

Wondessen found that there were no exhaust fans in the TB clinic, laboratory and triage area and worked to get exhaust fans in each of those areas. He reported that there is a good supply of N95 respirators and that Challenge TB assists them with supply. Wondessen screens approximately 1,000 patients per month for TB. He mentioned that his capacity in TB patient care increased greatly following the ICN training in 2016.