Nurses across the world have shown their solidarity and support for nurses in Ukraine and other areas of conflict by donating to the International Council of Nurses (ICN) #NursesForPeace campaign humanitarian fund. Their generous contributions are helping nurses and their families who remain in Ukraine, and those who have been displaced internally and to other countries.

In the five months since the start of the conflict, nurses in Ukraine have remained in contact with ICN so that we can inform the world’s nurses of the situation on the ground.

President of the Association of Nurses of Ukraine, Tetyana Chernyshenko said ICN’s continuing moral and practical support was a vital help to nurses in her country.

“Ukraine is at war and every day there are rocket attacks on many regions. As a result of such shelling, healthcare facilities, schools, higher education institutions and residential buildings continue to be destroyed. In such inhumane conditions, our nurses and doctors often work under fire, providing emergency medical care and saving lives.

With ICN’s help, Ukrainian nurses feel that they are not alone in this terrible war, that there is support for nursing in the democratic countries of the world, and that we are united in our efforts to protect freedom for our people. The Ukrainian people are extremely hardworking and capable of overcoming all the devastating horrors of this war. We sincerely thank all the people and the governments of the countries that lend us a helping hand, support us materially and will participate in the reconstruction of the damage caused. We give thanks to the International Council of Nurses for their help.” 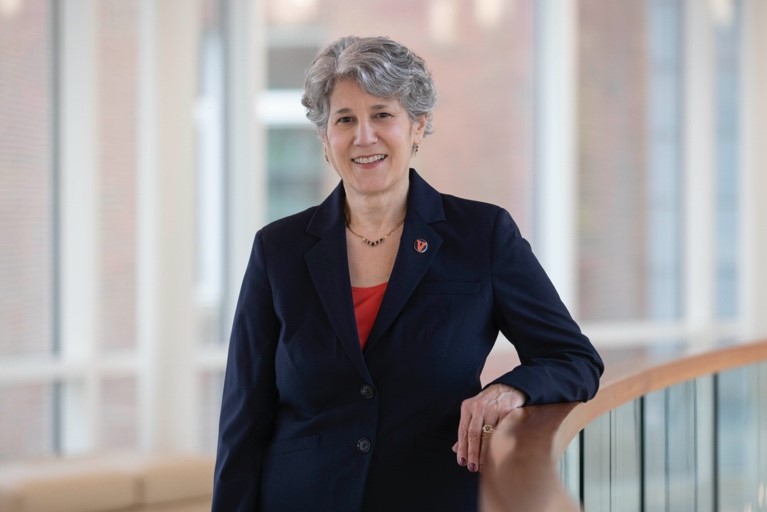 “As the war in Ukraine continues, ICN and its member associations will continue to support nurses in Ukraine via our #NursesforPeace campaign. The World Health Organization recently reported 401 attacks on healthcare in Ukraine had been verified as of 21 July, causing 85 deaths and 100 injuries. The protection of healthcare and health workers is paramount, and nurses must be protected!”

ICN’s Humanitarian Fund has provided monies for the Ukrainian Nurses Association so that it can continue its normal functions and direct funds those funds to the nurses who are most in need, such as Grigorieva Tetyana Ivanivna, a nurse from the Luhansk region who is currently a displaced person in the central Ukrainian city of Poltava. Ms Ivanivna said she had spent six weeks in a basement under constant fire in February and March this year. She and her family were forced to leave two weeks before the city was occupied when her apartment was destroyed by a missile and her brother was killed.

“Our lives are divided into ‘before and after.’ I currently live in Poltava and work as a nurse in ophthalmology. I am very grateful that in such a difficult moment there are people who have provided us with housing and work. I am very grateful to the ophthalmological team for their caring attitude and understanding. Special thanks to the International Council of Nurses for providing financial assistance and support during such a difficult time.”

Yaryna Oleksandrivna Hrytsenko, a nurse at the vascular surgery department of the Chernihiv Regional Hospital in Ukraine, described her experiences during the occupation of the city of Chernihiv:

“Chernihiv was blockaded for more than a month, it was subjected to daily destruction from enemy shelling, people were killed, and the infrastructure was destroyed. Chernihiv found itself in a state of humanitarian disaster.

Every day, the number of wounded soldiers and civilians increased. In one operating room, there were several operating teams that fought for the lives of young [soldiers]..We worked regardless of whether it was day or night. The windows in the operating room were covered with mattresses for minimal protection from broken glass and projectiles. Many civilians arrived when enemy forces dropped at least eight aerial bombs on a residential area, according to official data, killing at least 47 people...The main victims of the strike were civilians who were standing in line for bread.

When there were many wounded...we helped each other regardless of the position we held. Everyone worked at the level of doctors, nurses, and junior nurses. During the military operations, medical workers, regardless of their position, proved themselves to be highly qualified, constantly showing initiative in their work.

Having arranged one room for ourselves, we lived there together with our colleagues. At first, we had all the conditions for living ─ light, water, heat ─ later, when intense shelling began, everything disappeared. It was unbearably cold; the lack of water greatly complicated the work of the entire hospital. Every morning, water was brought to the hospital, which we put in buckets in order to ensure minimum hygiene for both the patients and ourselves...The junior medical staff of the surgical departments tried to wash the huge blood stains from the sheets, which was very difficult; we all helped them in our free time from operations. There was light only in a few operating rooms, as the old generator could not cope with the loads. It was necessary to operate under the light of lanterns, anesthesiologists performed anesthesia without ventilators...Our kitchen worked tirelessly every day so that no one in the hospital went hungry ─ neither patients nor employees. Even when the electricity and water went out, they continued to cook in the field kitchen.

[Today] Work at the Chernihiv Regional Hospital has already returned to its usual rhythm, with such simple benefits that we did not notice in peaceful life and which were so lacking in wartime. Medical workers became angels - saviours, because they gave the most important thing: hope for life. They saw the worst consequences of war: mutilated bodies, mutilated souls. But despite everything, we clearly defined our priority: it is people'

In May, ICN’s Chief Executive Officer, Howard Catton met with Ukraine’s Deputy Minister of Health, Oleksii Iaremenko, at ICN’s headquarters in Geneva. ICN has agreed to work closely with the Ministry of Health to support their efforts to continue to provide healthcare in Ukraine.

Ukraine’s First Lady Olena Zelenska addressed the World Health Assembly about efforts to tackle the psychological impact of the conflict on its people. ICN has been very aware of this issue and has been exploring ways to improve nurses’ mental health needs in Ukraine and elsewhere.

WHO has a range of mental health tools and support for professionals who are experienced in mental healthcare and ICN has secured a place for a Ukrainian nurse to join a WHO course on that topic. ICN will be working with WHO Europe to examine how ICN can help roll-out pre-existing training on mental health needs to other nurses in Ukraine, using proven training resources and development opportunities.

Speaking after his visit Mr Catton said: “The people arriving from Ukraine have left their country because at the moment nowhere is safe. Some of the first people they meet when they get off the train are nurses who give them a warm welcome and assess their physical and mental conditions.”

As reported in June, ICN has made a donation to the Romanian Order of Nurses in support of its ambulance teams, many of whom are nurses, who are working with Ukrainian refugees arriving in Romania after being forced to leave their country because of the conflict. Mr Catton said the Romanian Order of Nurses had been very supportive of ICN’s efforts to help nurses caring for Ukrainian refugees:

“Many of the ambulance staff in Romania are volunteers who work unpaid shifts in addition to their full-time nursing jobs. The money we have provided has gone towards the costs of essential equipment for these staff, including bandages, other First Aid equipment and other basic medical supplies.”

Mr Catton reported that one nurse refugee, who has since travelled back to Ukraine, had helped to decipher boxes of over-the-counter drugs that had been supplied without labels in Romanian or Ukrainian, which would otherwise have just stayed on the shelf until they reached their expiry dates.

Ukrainian refugees who arrive at the central Bucharest station are often malnourished, exhausted and dehydrated. Some have minor injuries, and some have chronic conditions, such as diabetes or cardiovascular diseases that have not been treated for weeks. The ambulance service sees anybody who wants to be seen and assessed, 24 hours a day, gives them First Aid and triages them, and refers those who need it to mainstream Romanian healthcare services.

Mircea Timofte, President of the Romanian Order of Nurses said:

“Romanian nurses have been once again at the forefront of support, this time dealing with an ongoing humanitarian crisis caused by the Russian invasion of Ukraine. In ambulance medical teams, in refugee centres, in first aid camps as volunteers, nurses are in the places of need at the right time providing compassionate care. The Romanian Order of Nurses and Midwives would like to commend ICN for two successive donations to the Romanian ambulance service in support of nurses' efforts to help refugees.”

Refugees from Ukraine are often the very poorest and most vulnerable of the population, and include women and children, highlighting how essential humanitarian care is and will be perhaps for years to come to meet their considerable needs.

In Poland, the #NursesforPeace campaign has been supporting bridging courses for nurses from Ukraine to work in EU. Dr Grażyna Wójcik, President of the Polish Nurses Association said: 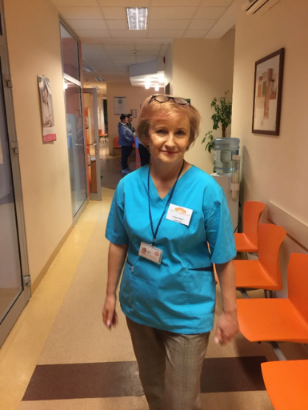 “Polish nurses are honoured to be able to help the victims of the Ukraine war. Providing nursing education in a safe and supportive environment will be an invaluable investment into rebuilding of Ukrainian health care system. Polish people still remember the nightmare of war, and that is why helping the victims is our moral duty!”

Funds from the campaign have also been sent to the Nursing Association of Moldova where nurses are very active in the care of refugees. The association has identified the most pressing needs of the refugees which include food and diapers for babies, and medical supplies including First Aid.

ICN is also working closely with the Slovak Chamber of Nurses and Midwives to provide specific assistance to Ukrainian nurses and their families who are refugees in Slovakia, including translation of information on obtaining temporary refuge, health insurance, etc. As well as accommodation, food, clothing and hygiene material.

Since its launch, the #NursesForPeace social media campaign has reached over 111 million people and had over 685 thousand interactions on social media. Our Facebook frame has been adopted by almost 16,000 users, and we have received over 3,000 signatures on our statement condemning the invasion, including organisations representing more than 450,000 nurses worldwide. The campaign visuals are available here for download.