On the side-lines of the World Health Organization’s Executive Board meeting, ICN CEO Howard Catton updated WHO Director General, Dr Tedros Adhanom Ghebreyesus on ICN’s work in relation to the Coronavirus outbreak.

Mr. Catton discussed with Dr Tedros the urgent need for more personal protective equipment to prevent the further spread of the virus and support the nurses working incredibly hard to manage the situation.

Mr Catton said: “ICN fully supports WHO’s global coordinated efforts to combat the virus and its call for global solidarity and resources. The Coronavirus outbreak underlines the necessity of having a coordinated approach and we are fortunate to have WHO to take the lead on a threat that crosses national borders, and ICN is proud to provide support via its global network of Nursing Associations. Dr Tedros and ICN are in complete agreement that nurses have a central role in combatting the virus and we must do all we can to support them.”

ICN has responded to the WHO call by asking its network of Associations to show solidarity and has also made a donation to the Chinese Nursing Association towards essential supplies of personal protective equipment.

Mr Catton continued: “ICN is in regular contact with its member Associations regarding Coronavirus, and our President, Annette Kennedy, has sent messages of solidarity and support to both the Chinese Nursing Association (CNA) and the College of Nursing Hong Kong (CNHK). What is clear from our discussions is providing more adequate personal protective equipment and clothing is vital.”

During a separate meeting Mr Catton and WHO Chief Nursing Officer, Elizabeth Iro, also discussed the Coronavirus outbreak and what more ICN could do in coordination with WHO.

Discussions also turned to the latest plans for the Year of the Nurse and the Midwife, including the State of the World’s Nursing Report, due to be launched on Global Health Day on 7th April, and a series of Nursing Now events around the world to promote nursing in this special year, including this week in Uganda with the ICN President and next week in Fiji with Mr Catton. 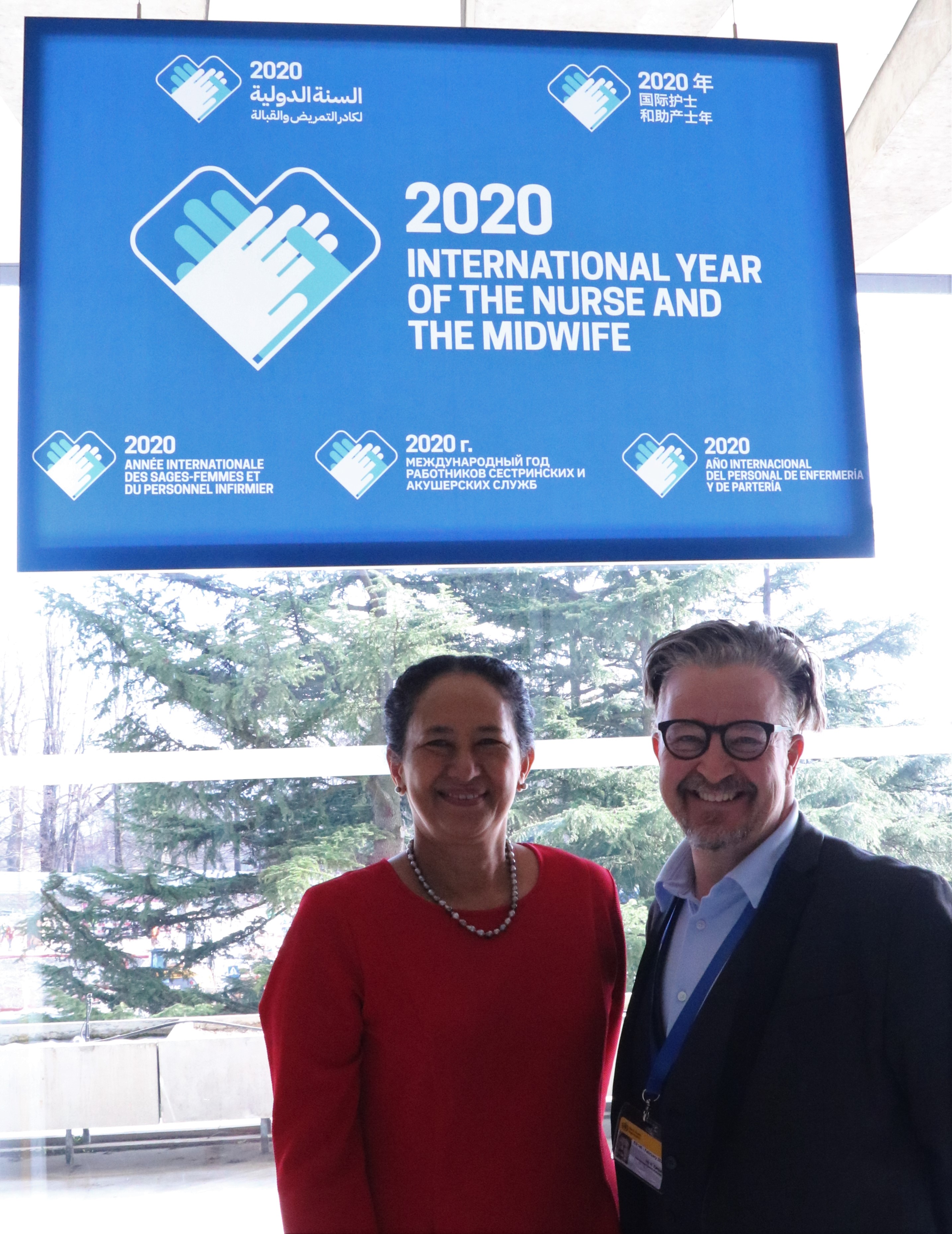 Earlier in the day, the WHO held the Geneva-based launch event for the final report from the WHO Independent High-Level Commission on Non-Communicable Diseases. ICN President, Annette Kennedy as the only member of the nursing community on the Commission that prepared the report, ensured that the voice of nursing was heard loud and clear.

The report highlights the vital role of nurses in provision of NCD and mental health services. It finds that nurses should be given more access to training to enable them to provide the necessary level of care and that unless nurses are permitted to reach their full potential, the goals of Universal Healthcare will not be met. 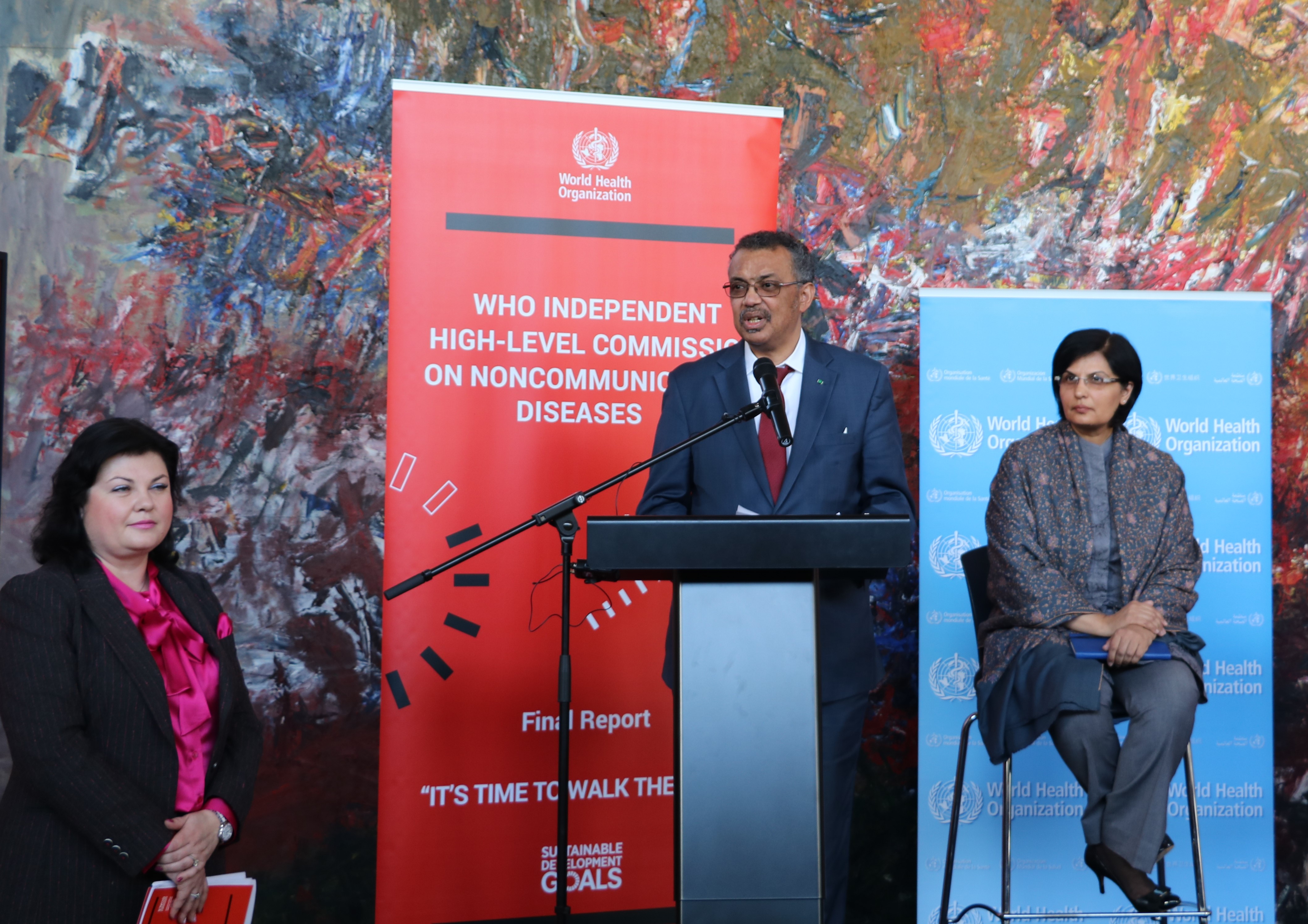 Finally, Tonga’s representative to the WHO Executive Board, Tongan Health Minister Amelia Afuhaamango Tuipulotu, herself a nurse, told Mr Catton she was proud to wear the ICN pin and expressed her enthusiasm for the Nursing Now project in her region and the event in Fiji which she hoped to attend.

Mr Catton said: "It’s a positive signal of the growing importance of nursing that a nurse is taking a leading role in a country delegation to the WHO Executive Board. We congratulate and thank Madam Tuipulotu." 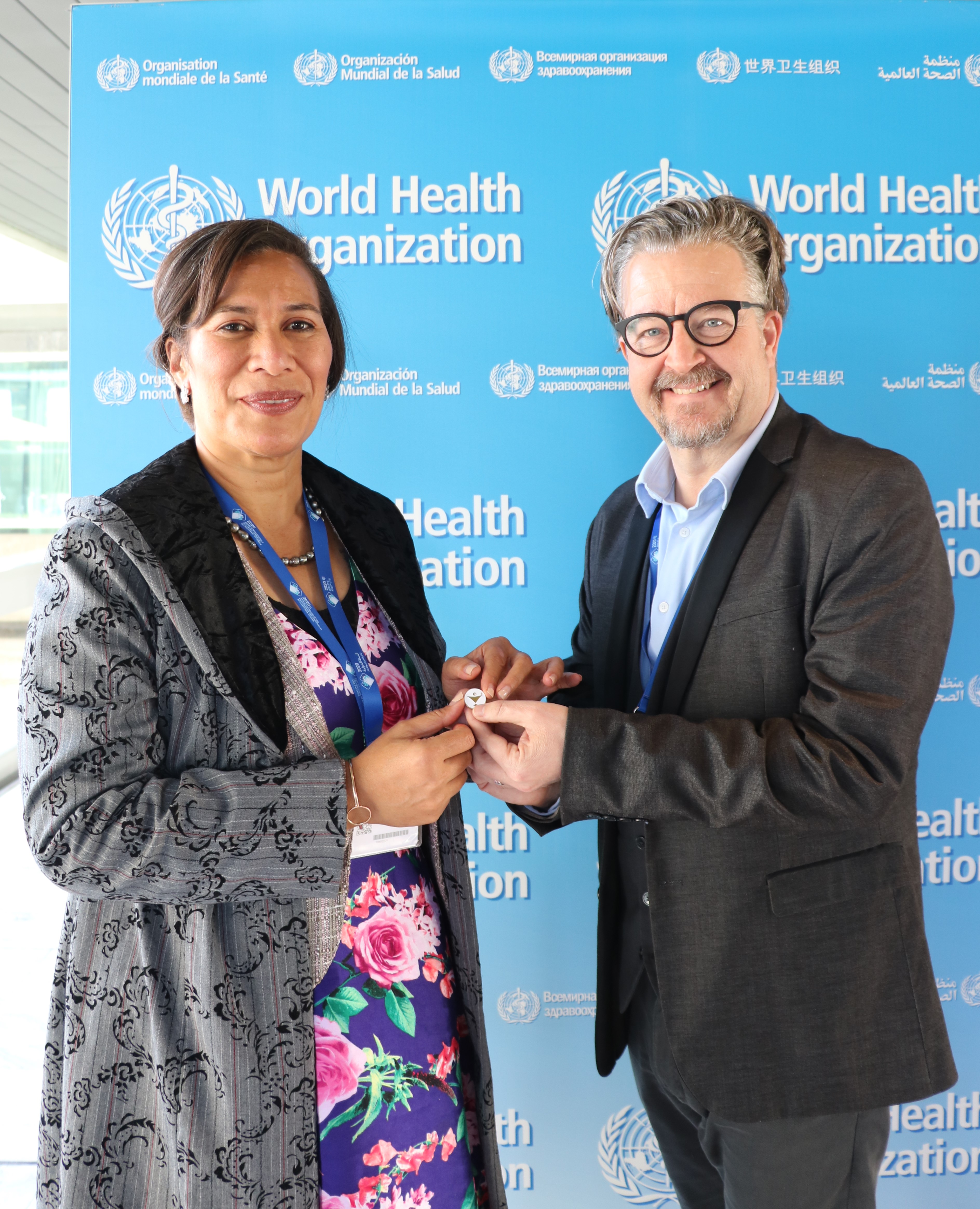 ICN has given a number of interventions at this week’s WHO Executive Board on a range of subjects including primary health care and NCDs.