Cindy McCain, American businesswoman, philanthropist, educator and humanitarian, was the keynote speaker at the morning session, on Providing Compassionate Care to Victims and Survivors of Human Trafficking.

“You are on the frontlines. You are leaders and opinionators. Unless you are educated on signs of human trafficking, we won’t win this. This is a call to action!”

“It is critical we put human trafficking assessment tools in the hands of as many health practitioners as possible,” she added. 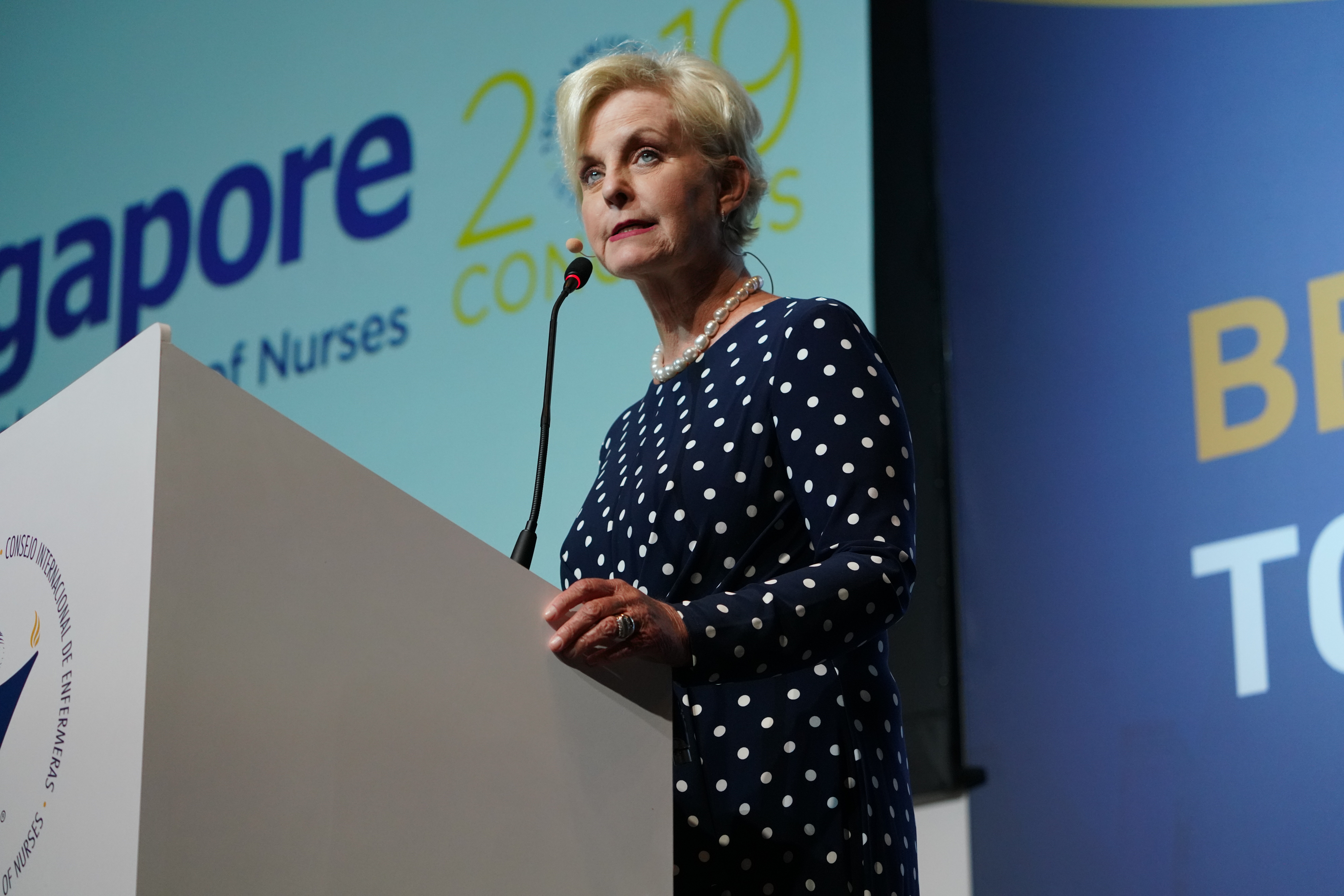 Board chair of the McCain Institute and co-chair of the Arizona Governor’s Council on Human Trafficking, Mrs McCain, the widow of former United States Senator, John McCain has been a leading voice for human trafficking awareness.

The topic of human trafficking was continued in the closing session of the ICN Congress by Kevin Hyland, OBE, member of the Council of Europe Independent Group of Experts for Trafficking and former Independent Anti-Slavery Commissioner for the UK.

Mr Highland asked Mrs McCain why nurses were absent from some of the decision-making processes and discussions.

Mrs McCain replied, “It is ignorance, in my opinion, on the part of change makers. We need nurses and it is up to us and all of you to get at the table.”

Mr Hyland highlighted the prevalence and nature of human trafficking and how the nursing profession can develop strategies to identify victims and increase prevention as inclusion as a public health issue.

ICN, supported by the HR Directorate of the Health Service Executive (HSE) and the Faculty of Nursing & Midwifery, Royal College of Surgeons, Ireland today launched a pamphlet on Human Trafficking, the Basics of what nurses need to know which describes the types of human trafficking, general signs to look out for, and which actions to take if human trafficking is suspected. 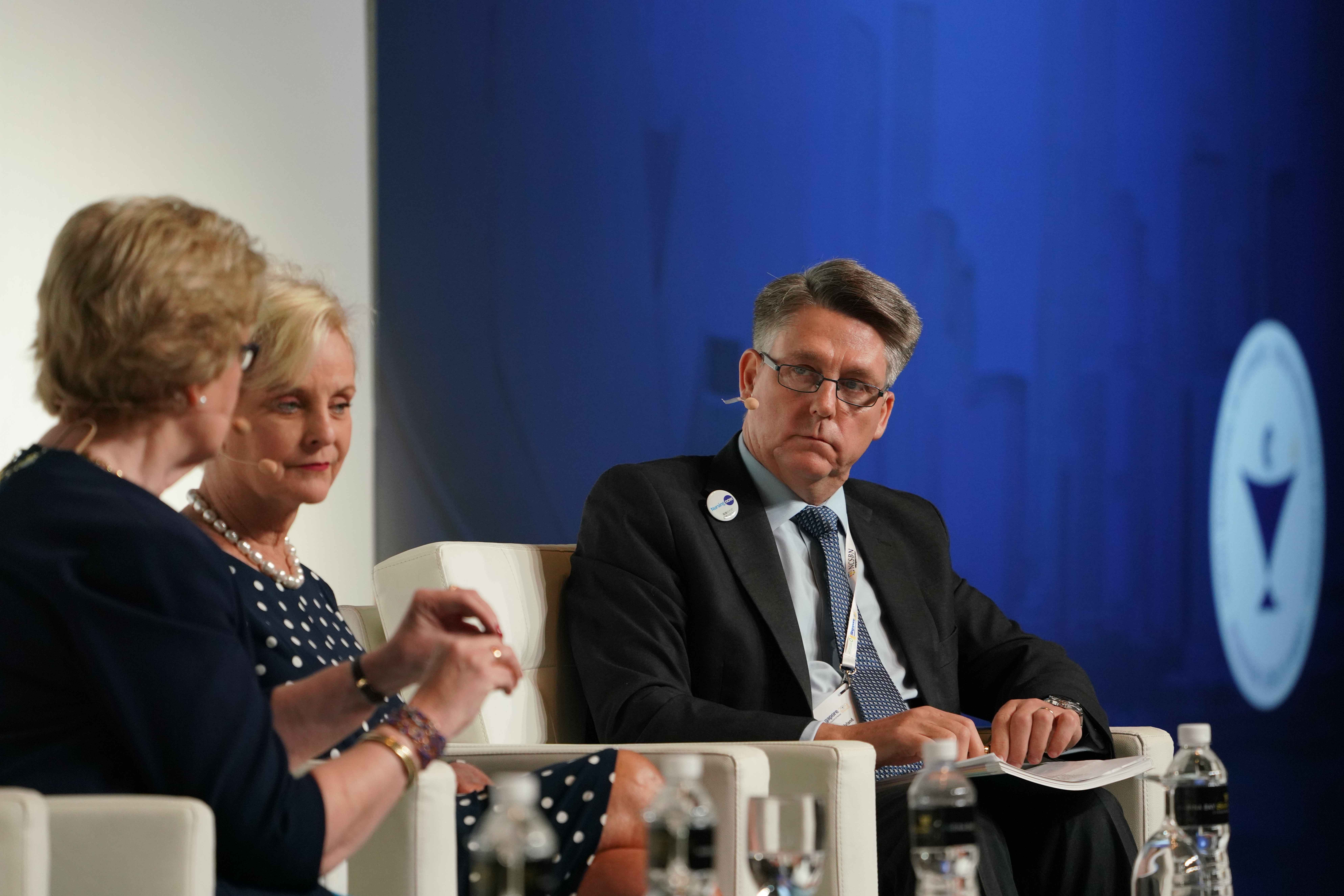 A recent Global Report on Trafficking in Persons launched by the United Nations Office on Drugs and Crime (UNODC) showed that while the number of convictions for human trafficking is increasing, two out of every five countries covered by the UNODC Report had not recorded a single conviction.

“Nurses are on the frontlines of health, caring for the most vulnerable populations, particularly in primary health care settings. They are well positioned to identify signs in suspected human trafficking victims, both physical, such as physical abuse and malnourishment, and mental, such as submissiveness, confusion, fear and lack of self-esteem. Nurses have a duty to protect those in danger and report to the authorities.”

The International Council of Nurses (ICN) is a federation of more than 130 national nurses’ associations representing the millions of nurses worldwide. Operated by nurses and leading nursing internationally, ICN works to ensure quality care for all and sound health policies globally.