From Blog to Parliament: EBEVIDENCIA project for the promotion of evidence-based decision making, Spain 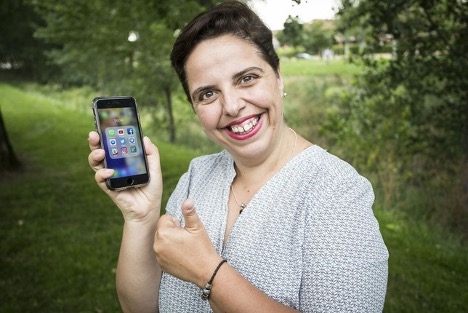 Healthcare practice, based on scientific evidence, guarantees the effectiveness of interventions aimed at restoring or promoting health. Promoting evidence-based nursing is therefore a priority to achieve “Health for All” within the framework of sustainable health systems.

Ten years ago, Azucena Santillán García, a nurse at the University Hospital of Burgos, Spain, recognised the need for Spanish nurses to have access to free Spanish-language online resources on evidence-based nursing. In response to this need, on 15 July 2010, Dr Garcia created the blog "Evidence-Based Nursing" (www.ebevidencia.com) with the aim to collect the methodological aspects of evidence-based nursing, offer learning resources on research in care (video tutorials, manuals, presentations) and encourage sharing of research through the Collaborative Critical Reading Club.

After an initial assessment, Dr Garcia found that, in addition to Spain, a large part of the traffic to her blog came from Latin America, so she expanded the dissemination of the blog via social networks in order to reach nurses from countries, such as Mexico, Peru, Colombia, Ecuador, Chile and Argentina.

During the past 10 years, the blog has provided free scientific content to nurses and health managers, through almost 350 publications in different sections. To date, the blog has almost 48,000 subscribers and close to three million views, and is available on a variety of digital platforms, including Facebook ( 30,000 followers), Twitter (@ebevidencia), YouTube, LinkedIn and Instagram. In addition, the EBEVIDENCIA project has been promoted at numerous conferences and seminars in Spain and Latin America as well as through 30 articles on evidence-based nursing in scientific journals, open access manuals and the design of a scientific training programme based on the contents of EBEVIDENCIA.

Scientific evidence is not only beneficial in the field of health but can also help generate good public policies by providing data to improve them. Thanks to this initiative, the importance of evidence-based practice has been transferred to the Science initiative in Parliament. Dr Garcia is currently part of the group of technicians providing scientific advice to Parliament, #CienciaEnElParlamento, with the goal to improve public policies through science. Dr Garcia says:

“I am the only designated nurse among all the Spanish scientists who make up the initiative, but my message is that nurses can and must be proactive in social and scientific movements because we have a lot to contribute and this is the way to empower nursing leadership. In addition, nurses are scientists, and this together with our broad and comprehensive vision of health, makes us key players in public health policies.”

The EBEVIDENCIA project has managed to convey to nurses the importance of evidence-based practices, in addition to providing them with tools to be able to approach all phases of evidence-based nursing and thus apply the best care. In addition to fostering the research culture among nurses, a professional and scientific social image has been projected. All this with a strategy whose indicators have been measured over the years and have led to various scientific publications. In addition, the importance of evidence-based practices in the field of public policy has been transferred through Ciencia en el Parlamento, an independent citizen initiative that aims to make science and scientific knowledge one of the sources of information in the formulation of political proposals.

The EBEVIDENCIA project has received several awards and recognitions but, without a doubt, the greatest reward is having achieved a social movement for excellence in care and the scientific role of nurses - this is the way to achieve greater professional empowerment. More nurses and better nurses, aided by scientific rigour, will make better universal healthcare possible and will transform health systems through knowledge.

A short promotional video on this project is available here: